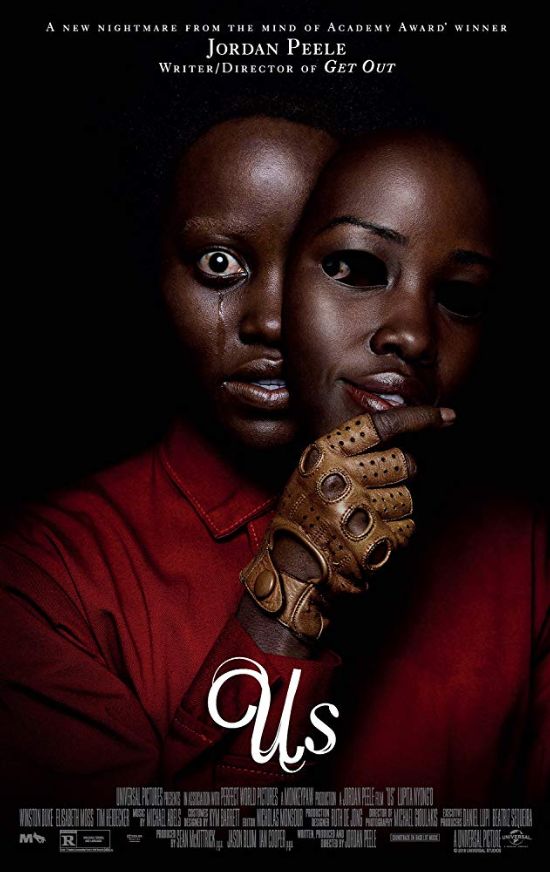 The second time we drove back from Santa Cruz, we stopped for a cup of coffee at a gas station. The thing no one tells you about California, aside from basically all the food is great, is how big it is and conversely how quiet it can be. You never feel that quiet during the day. The state’s too big, too busy, too interesting for it to quite register. But at night, California gets quiet like the world did before we were in it. I felt that before the gas station but the gas station is what Us put me in mind of. A cheery archipelago of light, just off a road so quiet we were the only car on it for 20 minutes. The sound of crickets. The feeling of space all around you. Space that was not unoccupied.

There’s a moment around the end of Us‘ first act where Red details her family to hunt their counterparts. Every scene that branches from that is great but the one that sticks with me is the chase between Zora and Umbrae. Zora sprints away from the house, running into and out of the tiny pools of light thrown by the street lamps. Umbrae, calm, unhurried, inhuman, runs after her. Two teenage girls, the length of their lives defined by the rapidly dwindling distance between them. The safety Zora feels in the light eroded by casual, unblinking, smiling murder.

Us is a movie defined by and set in those spaces. The relationship between Adelaide and Red is shaped by what no one sees until it’s too late. Gabe’s belief he’s a strong authority figure and physical presence does not survive contact with either the enemy or reality. Zora hates running track and it’s heavily implied feels physically inferior to the gymnastic neighbour twins but has no trouble taking down their Tethereds. Jason is viewed as a little strange and awkward but is arguably the only family member who can see the truth at the end of the movie. A truth that not only mirrors Red’s time among the Tethered but also Adelaide’s post-trauma childhood. He knows something is true. He knows no one will believe him. He knows that doesn’t matter. All these characters think they’re one thing. The process of realizing they’re something else either saves them or breaks them. In at least one case, it does both.

Time and again Jordan Peele plays with space in a way that Get Out never allowed. My favorite beat in the movie may well be the fight between Gabe and Abraham on the lake because it hides so much in plain sight. Abraham’s inhuman scream is terrifying. The implications of it being answered even more so, but the film locks you onto the boat, onto the pool of light. It forces you not to think about what’s out in the dark even as what’s out in the dark smiles and sharpens its golden scissors. Better still, in doing so it locks you onto a side. You’re right there with the surface side of things, terrified, running for your life, only seeing the impossible familiar faces, the red jumpsuits, the unblinking smiles. No context, just a group of people being viewed as that; a group, not individuals. Peele may place us in the light but, like his characters, he finishes with us trapped between truths, surviving but terrified of the cost both paid and still to come for that survival. It’s an extraordinary achievement, the massive ideas of the story laid bare and stretched, hand to hand across the country. No escape, no going back. No quiet spaces.Everyone Everywhere.

Us is fantastic. It’s immensely ambitious, absolutely rewards a second viewing and is the exact sort of expansion of scope and scale that Peele excels at. It takes the idea of the American Spaces and weaponizes it in a way that evokes Clive Barker and Shallow Ground (A 2004 zero budget horror movie with an amazing second act twist. DO NOT watch the trailer, it’s worth the surprise) but builds something with it’s own voice and viewpoint. Movies like this are why I love horror. It’s out now and you should see it.