I’m a sucker for this time of year because your perception of time alters, the festive three day period sitting in a time zone all by itself. I’m writing this on a Friday and it feels like a Wednesday, because Greenwich Christmas Time has landed this week and as it always does, has thrown me off.

Everyone’s sitting on their hands waiting for the start of the year, so there’s a never ending parade of ‘The News of 2012’, ‘2012’s best pointless internet arguments’, ‘2012:An illustrated history of the year we didn’t die, presented in fuzzy felt’ that kind of thing. It’s understandable, and completely acceptable as a piece of soft-pedalling and it’s also…dull.  Witness, if you will the magnificence that is Mr Matt Wallace, summarizing this week in the blogosphere, whilst I go take a shower because I used the word ‘blogosphere’.

And like he so often is, Matt’s right. And like I’m learning to do, I can see an opportunity in that. So, instead of rounding up the usual suspects, let’s look at something a little more interesting and do it a little more quickly. The best awards ceremony I’ve ever been to was the Kitschies, at SFX Weekender II, firstly because Jared and Anne are geniuses, secondly because tentacles and thirdly because it was short, enthusiastic and not remotely concerned with ‘Best Of’. It was books they’d loved that year, for a variety of reasons and that enthusiasm, and the fact they got the whole thing done in half an hour, was both huge fun and inspiring.

So, here in no order of significance whatsoever are my 12 cultural icons foe 2012, presented in 120 words and no more. Because let’s face it 12 words would be crazy, even for me. Usual rules apply, everything’s clickable, the clicks take you fun places, any book or comic has a buy link attached to it, some of the videos are full of language people still think children haven’t already heard.

1.Pat Barry
[youtube http://www.youtube.com/watch?v=7lGQsUaDAcw?feature=player_embedded&w=640&h=360]
MMA is a sport choked with idiot man children and Pat Barry’s enthusiasm, good humor and total lack of ego make him stand head and shoulders above most fighters. A self-confessed bag of nerves before a fight, Pat’s a fiercely articulate, and very funny, ambassador for his sport and a fantastic future coach. His combination of pragmatism and flamboyance mean he delivers both a great fight and a great interview and it’s been genuinely inspiring, and sweet, to see him and girlfriend (And Invicta FC 4 fighter) Rose Namajunas push each other to excellence. As well as goof off.

A good man in a sport filled with bad boys. Happy new year, Pat and Rose.

2.Amelia Cole and the Unknown World

Every Monkeybrain Comics title could have made an appearance on this list, but Amelia Cole is the standout for me. The story of a female magician trapped in an alternate Earth where magic is both strictly controlled and common place, it’s a fascinating piece of urban fantasy with a protagonist who’s smart, heroic, keeps her clothes on and clearly enjoys food, which, unfortunately, still makes her a rarity even in modern comics. The script is all-ages accessible and fiercely smart, the art is fantastic and the book sparks with great ideas, such as Lemmy the Rubbish Golem. Even better, each issue, like all Monkeybrain books, is ridiculously cheap. Give it a shot, it’s more than worth it.

This had no right to work as well as it does. What at first seemed to be a warmed over version of the Moffat/Gatiss Sherlock is rapidly becoming one of the most detective shows in years. Lee Miller is a fantastically brittle, angry Holmes, a man hollowed out by his experiences whilst Liu’s take on Watson is genuinely fascinating; a surgeon who stepped away when she lost a patient but still dresses and acts like a Doctor. The show suffered early on from almost no super structure outside those two roles but it’s really building up a head of steam now. I await their Moriarty with excitement and fear of the very best kind.

A gaming franchise I came to late, but one perfectly suited to me. The dark corridors of the Ishimura are the perfect canvas for jump scares and plot and the visual wit of the game (Your health bar is literally your spine, you hallucinate in later levels) is extraordinary. There’s a real sense of geography to the Ishimura, of moving around a massive, old, broken ship and that only accentuates the horror.  What really flies for me though, is the puzzle element and how it uses both zero-gravity and hard vacuum to ramp up the atmosphere. A modern classic, I’ll be pushing straight through into the second and, later, third games. Poor Isaac, one day he’ll be able to relax…

Ecko is a cybernetically enhanced assassin with no impulse control, in a world living under a mood-levelling pharmaceutical cosh. He takes a job. He takes a fall. He wakes up…somewhere else. Danie Ware’s debut novel is astounding  firstly because it’s such an incredibly assured debut and secondly because of the sheer level of bloody-knuckled invention that’s crammed into it. Where Ecko is, how that world works, and the threats presented to it make for fascinating, visceral, often very funny reading and Danie’s eye for a sharp line, a burly fight scene and moments of sheer, clenched horror gives the book relentless pace and tension. A fantastic novel from a massive talent. Anything she writes is worth reading.

Phil Brooks is not the most entertaining heel in pro wrestling history, but that’s only because Rowdy Roddy Piper came first. Brooks remains the most fun thing about WWE programming, and his heel turn this year was beautifully timed and beautifully played. We saw the RAW live show a few months ago and he had an entire audience screaming for his head just by walking, slowly, to the ring and picking up a microphone. The hardest working man in professional wrestling, he’s made it no secret he plans to retire soon. The fact he wrote the foreword for the AvX omnibus points, I think, to where he’s going to retire to. More power to his tattooed, wry elbow in 2013.

Lou Morgan’s debut novel is perfectly designed to plug into my brain; a polite, British-set thriller involving the apocalypse, it follows Alice, a woman having a very bad day and Mallory, the disgraced angel who may be about to make her life much worse. Lou has a fantastic ear for naturalistic, and wry, dialogue and it’s wrapped around a willingness to go to the darkest places of a situation. The only place I’ve seen the fundamentally alien, terrifying nature of an Angel explored better is Supernatural and Lou uses a similar approach whilst putting her own distinct, vastly entertaining spin on it.  Like Ecko Rising this is a massively impressive debut, and, like Ecko Rising, it’s a must read.

Ales Kot has released two books this year; Wild Children and Change. The first is a dissection of comics as a medium, engaging with the ideas Grant Morrison seems to have spent years simply playing with whilst Change, a four-issue miniseries, is the story of the last day in Los Angeles’ life, and the returning astronaut,  rapper turned film producer and cheerfully demented scriptwriter who may save it. Change captures the sense of apocalyptic dread woven into Los Angeles’ fabric and combines it with small, personal perspectives to create something akin to Crash with none of the preaching and extra Lovecraftian horror. Engrossing, disturbing and unique, it and Wild Children are two of the best comics published this year. 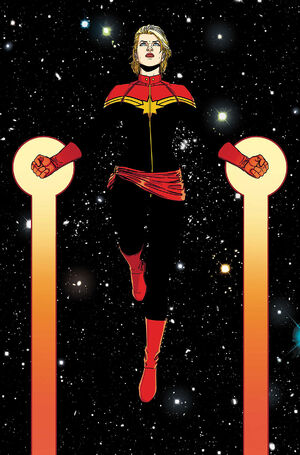 Kelly Sue DeConnick has worked miracles with a character who, for years, has either been supporting cast or trapped behind the worst costume in recent memory. Throwing all that out, she’s rebuilt Carol Danvers from the ground up as what she was always meant to be; a pilot, a Captain, a heroine. Inside one issue, she redefined Carol as a smart, compassionate, woman struggling to cope with the loss of a friend and embracing the responsibilities of her role and the book has only improved from there. Gleeful pulp rubs shoulders with fascinating lost aspects of aviation history and, crucially, compassion, to create a book with a unique viewpoint and a unique heroine.  The best thing Marvel published all year.

You wake up in a desert and head towards the mountain in the distance. You can fly short distances, make a single trilling note and encounter a beautiful ecosystem based entirely on fabric as you make your way through the ruins of what might have been your civilization. Words don’t do this elegant, almost poetic game justice, you have to play it. I’ve never experienced a game that controls your responses so perfectly, and takes them through such a spectrum, and the last couple of levels especially are almost beyond words. Minimalist in everything but the emotions it stirs, it’s achingly beautiful and changes the grammar of game/player completely. Intelligent, elegant and utterly accessible, Journey is a masterpiece.

I used to drown in stuff, and the last year has been, at times, nothing more than a series of trips to dumpsters, charity shops, and friends who’d like their DVD collections boosted as I’ve pared down. Now, my life is much more minimalistic although the old collecting instinct is still there.  It’s particularly strong moving to a new city and a new home, and I’ve found my attention split between (cheap, good) art like postcards and the need for a little ornamentation. Enter, stage left, the never ending selection of individual mini-figures Lego put out. They’re small, they’re cheap, they’re fun and I now have the Lego of Extraordinary Gentlemen well under way. And next year? The Delorean from Back to the Future!

Matt Wallace wrote the best podcast novel you’ve probably not heard. The Failed Cities Monologues is the story of a war between two cities told through the monologues of various characters. It’s flat out brilliant, a bloody-knuckled piece of noir combined with the sheer maniacal invention of the best near-future dystopian fiction. It’s Matt’s crowning achievement but not his only one. He’s also spent the year churning out excellent, often heart-breaking short fiction, and putting words in Liam Neeson’s mouth as well as shepherding up and coming writers through a series of workshops in his excellent TLC series. Matt’s an unsung hero of genre fiction and it’s past time he became a sung one. That starts here and now.

So there you go, my 12 cultural highlights of the year.  There were very near misses, especially the concentrated awesome of W00tstock, the new translation of the Strugatsky brothers’ classic Roadside Picnic and John Scalzi’s magnificent Redshirts, but they’re worthy of pieces by themselves. In the meantime,