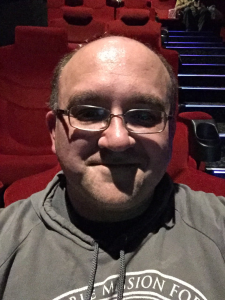 PRE IDRIS ELBA RUNFACE. So this was me two weeks ago, happily sitting in the theatre waiting for Bastille Day to start. That week looked like this:

–DDP Yoga-A couple of Diamond Dozens, which I really need to put on the front of my run, if nothing else.

–Zombies Run Couch to 5k 95 seconds four times. 120 seconds once. This went really well, even if getting the two apps to talk to one another, or at least sync, is proving difficult. 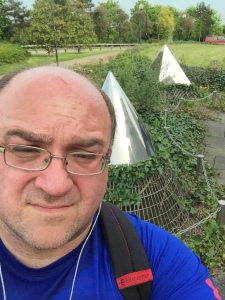 RUNFACE II: RUNFACEIER! This week kind of sucked, in ways which will ultimately prove to be both fun and educational. Here’s how.

Oh, two Diamond Dozens, no Superhero Workouts. Horse tapping it’s hoof and trying to work out how to look at its watch. Back to those this coming week for sure. That horse looks mean.

So, you’ll notice I’m not wearing my Impossible Mission Force hoodie for the first time in months. That’s because, as is always the case, Summer bustled in this week pulling it’s coat off going ‘SORRY! SORRY! DID I MISS ANYTHING? DON’T MIND ME!’

And the Body Image Goblin.

Here’s the thing I realized this week; I actually really like the vast majority of my body. I’d like more jawline than I have and I’d like to be carrying less weight but the rest of it? I’m pretty good with.

But, when faced with the prospect of sweating to death in two layers or risking the slightest hint of VTL (Visible Tummy Line) in the short sleeved shirt? I waste 20 minutes going ‘Well…it would be a warrior’s death? Maybe?’ Which is ludicrous as I used to do Judo. Issues of body confidence sort of go out the window around the first time yanks your immense pajama jacket open and hurls you through a complete circle onto the floor.

Anyway, the body image issue rattled me for pretty much the first time this week. I went anyway, because screw the B.I.G. and got one funny look. But you know what? That’s a price of admission I’ll pay happily if I get fitter off the back end of it.

So, B.I.G. aside what else was a touch sucky? App crossover. I’m currently running two apps; Zombies Run Couch to 5k and IntervalTimer. Both are great and IntervalTimer has this awesome horizontal huge numbered countdown option which really does enhance the Fitness Cyborg! aesthetic I like.

But I’m bad at syncing them up. Which meant that every time the Doc on Couch to 5k told me to run was either 15 secons into or 15 seconds out from when Interval Timer would tell me to. Which meant I was constantly adjusting on the hop, or the run in this case. Which meant I didn’t settle into any kind of rhythm. Which meant instead of hitting 100 seconds five times I did 95 seconds three times, 120 seconds once, 130 seconds once and crammed an extra 60 and an extra 30 into the cool down to over compensate.

Oh and this was the first week I got to the gagging stage. I always used to get this in Judo, where I’d exert to a point and then dry heave for 10 seconds. It ended up being useful because every time I lasted another couple exercises before it hit, I knew I was getting fitter. This is the first time I’ve hit it while running in four months so, again, useful. If I’m off beat, and push too hard, like I did this week then I hit that wall. And go through it, sure but maybe in a slightly more ragged, less cool way than I’d like.

So, to summarize; body image problems, app problems and getting into the zone problems make for a grumpy, very sweaty run. But I’m still making progress and I’m still getting better. Next week? More non running, more stretches and a little app science. I’ll get there. And I’ll Gibbs slap the B.I.G. as I go past too. See you then.