DS Jan Pearce is walking wounded. Weeks after the disappearance of her teenage son, Jan has become adept at two things; pretending to be okay and not giving up. A surveillance expert she works the areas around Manchester and is quietly very good at her job. That led her to an investigation into the Connelly family and how deep their connections to local crime go.

Now, weeks in and under growing pressure, Jan is getting desperate. And then, she finds the dead old lady and the box of money…

The first thing that hits you through Ward’s first person, clear eyed style is the locale. I’ve been to these places, seen these redoubtable but somehow still tired buildings. The Greater Manchester area is drawn in vivid, sleep deprived detail here and that sense of place becomes crucial as Ward folds in the second trick up her sleeve; Bessy.

Bessy Swain, the old lady whose body Jan discovers is as much the lead character as Jan herself. She suffers a similar tragedy and, like Jan, is faced with the horrifying thought of continuing. She struggles with despair but just keeps pushing through the never ending mire of familial catastrophe and polite Mancunian threat that surrounds her. Jan has the training to understand what’s happening to her and that helps. All Bessy has is her bloodymindedness and, somehow, hope.

Intercutting between the two narratives, Ward uses Bessy as a sort of surrogate parent for Jan. Isolated, furious and with no idea who to trust, the police officer takes refuge in Bessy’s journal and slowly discovers just how relevant it is to her case. There’s no mawkishness or needless sentiment either, no sense of a sweet old granny whispering things in Jan’s ear. These are two tough, determined women separated by time and united by common horror. Jan’s ending is as much Bessy’s, neither quite liking what they get but neither backing down from a fight.

That central emotional core is rock solid and Ward wraps a deceptively twisted, complex story around it. Jan’s investigations go some fascinating places and some horrific ones too. Ward takes us with her every step and the deduction and puzzle solving here is gripping. Jan is, even in the Hell she’s trapped in, very good at what she does and one reveal in particular is breathtakingly smart.

But what really lands the book, more so than the way it draws on history or its plot, is how human Jan and Bessy are. Both make mistakes, including a couple of awful ones. Both are drawn into events far outside their control and both never stop pushing. Things get dark out on the moors, but they get ambiguous too and Jan in particular is very far from the protagonist you might expect her to be.

This is tight, angry, assured writing. It’s a look into a darker world that sits under the skin of the quiet old towns, behind the polite smiles. It’s not quite northern noir, but it can see that from where it’s standing. Surprising, clever and intense this is a hell of an outing for Ward, Jan and Bessy all. Recommended. 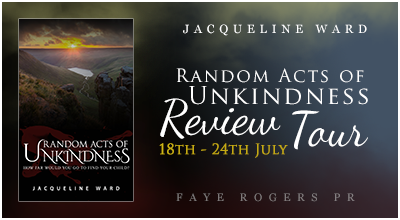