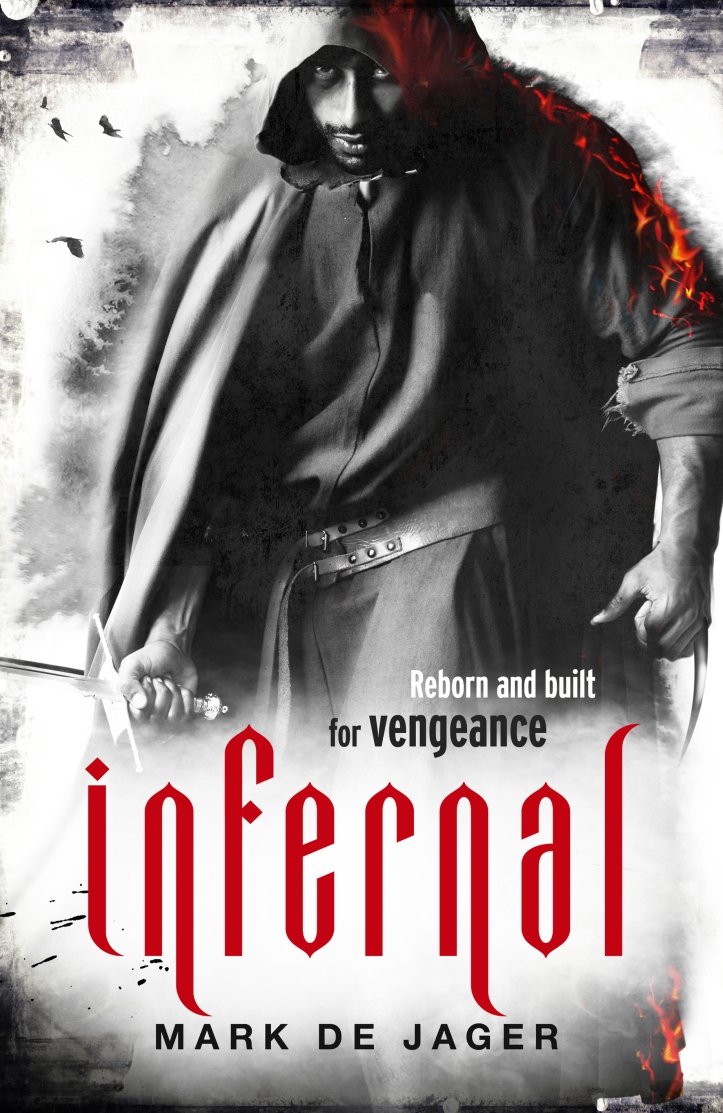 I’ve been thinking a lot about Doctor Faustus recently. Christopher Marlowe’s play is one of the all time greats; a scientist sells his soul for power and knowledge and decides he’ll figure out the whole ‘internal torment’ thing later.

It does not go well for him.

It does go very well for literature though and variations on Faustus’ story have echoed up and down the world for centuries. One of my favorites shows up regularly in Supernatural. Another favorite, written by the fantastic Mark De Jager, is published this week.

Stratus knows three things; he’s not dead, he can do magic and he isn’t human. Waking up in the middle of nowhere with no memory of his past life he walks straight into trouble and proceeds to punch it repeatedly until it stops bothering him. Which works. For a while.

That’s the first place Mark heads off the beaten path. Stratus, memorably described elsewhere as ‘Jack Reacher-like’ is an effortlessly capable violence expert and Mark’s expertly laid out action scenes give him plenty of opportunities to show off that expertise. However, this is the Bruce Willis rather than Schwarzenegger school of action heroism. Stratus isn’t a bullet or spell proof monolith methodically punching his way through the plot. Rather he’s a traumatized, amnesiac man who finds out what he can and can’t do as the book continues. He’s physically intimidating but intellectually terrifying, fighting smarter rather than harder as he slowly learns his limits and what’s really going on.

That’s the second place Mark blazes his own trail. By putting the reader in the head of an amnesiac hero, who isn’t entirely certain he IS a hero, he’s able to do a lot off world building without much exposition. We know what Stratus knows and as the book goes on, that puts the reader and the character in lockstep. Stratus may very well not be a hero. But he’s who we’ve got, so we follow him down into the dark and find out the Faustian bargain that the set up riffs on is something much darker…

There’s immense care behind every element of this book. There’s a rich, well detailed world outside Stratus’ story and the effect of reading it is like seeing a torch shone on certain elements. That keeps the book focused on Stratus and Stratus focused on surviving but also sets out the stall for future volumes. The result is a considered, precise exploration of one man’s discovery of his true nature and the world around him. It’s fantasy by way of film noir and it works with the same easy precision and economy of movement as Stratus himself.

This is a phenomenal debut for author, character and world alike. equal parts mystery, thriller, fantasy and action it’s thematically complicated but relentlessly single minded. Confident, assured, gripping and inventive this is yet another entry in the endlessly impressive new wave of British fantasy novels. So get ready to follow Stratus. But don’t get in his way…