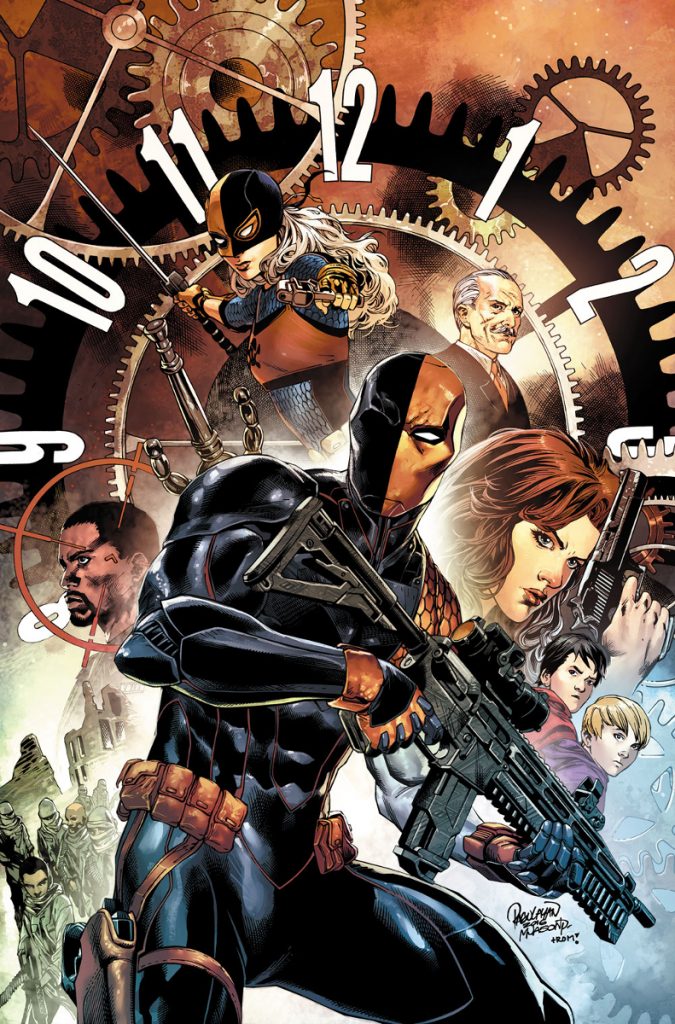 As we round the corner into the back end of 2016, it’s an interesting time to be a comic reader. On the plus side, because there’s a vast flotilla of phenomenally great books out there that all deserve to find an audience and crossover success. On the slightly less plus side, there’s the fact we’re currently laboring through yet another reboot and crossover. The crossover, Civil War II, is a Marvel event that, unfortunately, feels more and more like a concert no one wants to be at but everyone has to stand in for eight months.

The reboot, DC’s Rebirth, is far odder, quite possibly leading up to an incredibly ill-advised Watchmen crossover in two years and so far, really fun and interesting.

Which is where Deathstroke comes in.

Quick history lesson; Deathstroke is a masked contract killer called Slade Wilson. Sometimes a hero, usually a villain and the centerpiece of what’s widely regarded as the best season to date of Arrow. Despite his similar look and name he’s not Deadshot, the endlessly unlucky and hard bitten assassin at the heart of Suicide Squad in all its various forms. However, he IS a big part of why Deadpool, the Marvel character exists. Slade Wilson, Wade Wilson, Deadshot, Deadpool.

The reboot is written by Christopher Priest, one of the best and least recognized comic writers of his generation. Priest’s work is structurally complicated, morally ambiguous and very, very funny.The first issue introduces Slade and his supporting cast and cleverly uses a particularly cheesy DC villain as an excuse to play with the chronology of the story, another Priest trademark. In short order we meet the closest thing he has to a friend, meet Slade’s wife and kids and discover just how ruthless he is. This is reboots as they should be done, drilling down to the core of the character but excusing nothing about them. Slade, done right, is one of the great Shakespearean villains of comics. Slade done mostly right is one of the great anti-heroes and that uncertain line is one Priest dances along with ease here. Very nearly everyone in the book is double crossing everyone else and as the issue finishes you get enough resolution to work with and a clear map of the territory Slade lives in; a constantly shifting topography of obligation, mercenary intent and buried somewhere under it all, a code of ethics if not quite a code of honour. 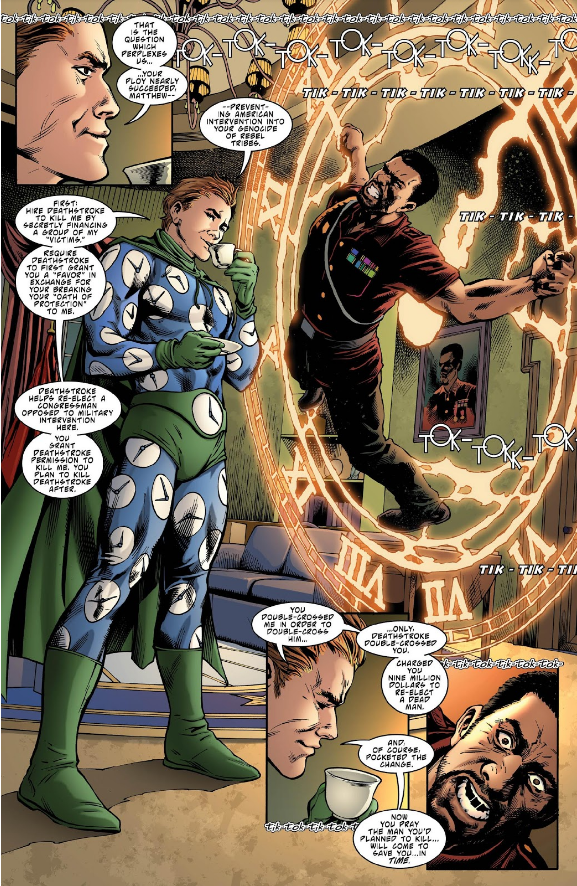 (Like I said, particularly cheesy. Trust me the payoff is both very good for the reader and as far from good as it’s possible to be for the chap in the clock pajamas)

Even better, the character and his past lends itself supremely well to Priest’s fondness for deconstructed chronology and puzzle piece storytelling. That tendency is one of the engines behind his books but is also one of the hardest things to market. Seeing him matched with a character that requires it is as much a relief as it is a pleasure.

The art is every bit the equal of the script. Carlo Pagulyan’s mix streamlined kinetic violence with on point character work. Crucially, Pagulyan nails the silent character beats that Priest is known for. The book is funny when needed, brutal when required and the art, like the script, and Slade himself, doesn’t waste a single motion. Jason Paz’s inks mirror Pagulyan’s lightness of touch and marry it with Jeremy Cox’s rich, shadow heavy colours. Finally, Willy Schubert’s lettering gets the rhythm of each character down to a tee and makes the whole book streamlined without every shirking on the density of plot or dialogue.

That all leads to a comic that hits the target Suicide Squad, interesting as it was, missed; the complex, dark world of superhuman special forces operators and the damage simply being in that world does to them. It’s complicated, bleak and intensely confident storytelling and a real highlight of Rebirth so far. Check it out and if you like it, dive into Priest’s back catalog. There’s not a bad book in there.

Thanks as ever to Travelling Man for the review copy.