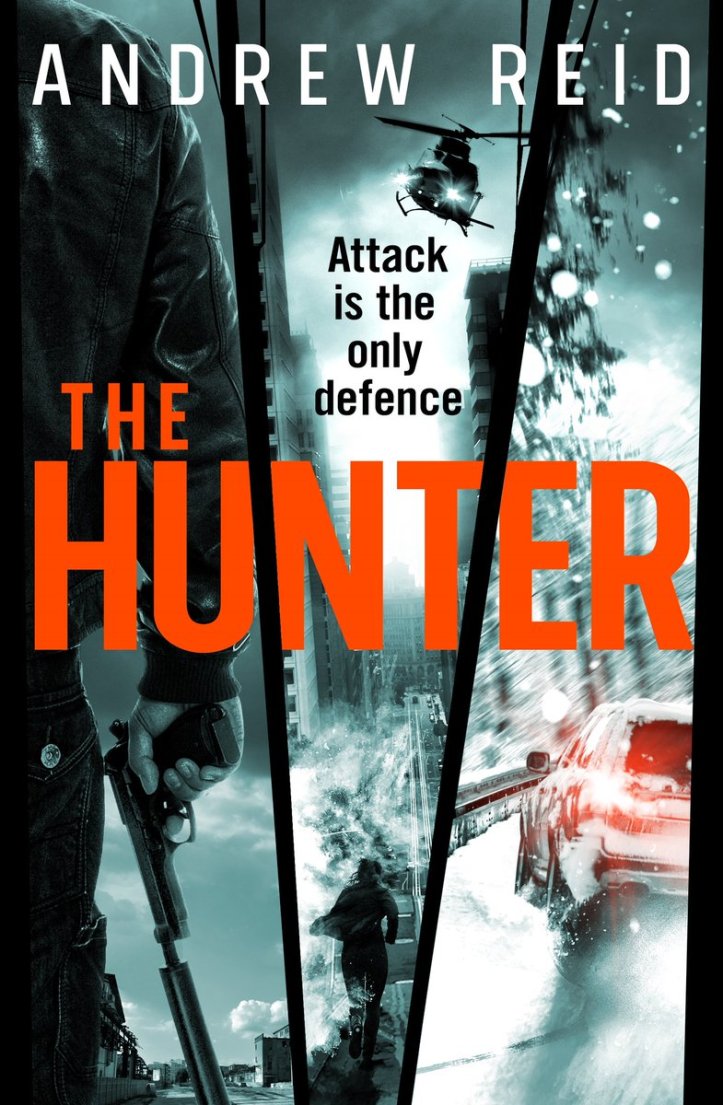 Andrew Reid does the best work not enough people have heard of. His combination of rigid intellectual discipline, espresso black sense of humor and massive enthusiasm for colossal action pieces doesn’t just make him a great writer, it makes him one of my closest friends and favorite humans.

The Hunter is Andrew’s debut novel. It’s out July 12th and you can, and should, pre-order it.

The Hunter follows Cameron King, a former MMA champion who is seriously injured in a car accident involving her brother. Well enough to work but unable to set foot in the cage again, Cameron begins working as a skip tracer. She’s good at it too, wrapping herself up in the work to forget the career she’s still so close to but can’t have anymore.

And then, she finds the body…

The Hunter is both absolutely the best example of an airport thriller you’ll read this year and so much more. It’s a story about whether there’s such a thing as a good fight, the amorality of ‘do what thou wilt’ Silicon Valley tech bros, corruption in the highest and lowest places and what happens when an athletic career is ended too soon.

The Hunter is the best book I read last year and I read it two edits ago. I cannot wait to pick this up and re-discover Cameron King’s shadowy, violent, curiously hopeful world. I’ll see you there, July 12th.