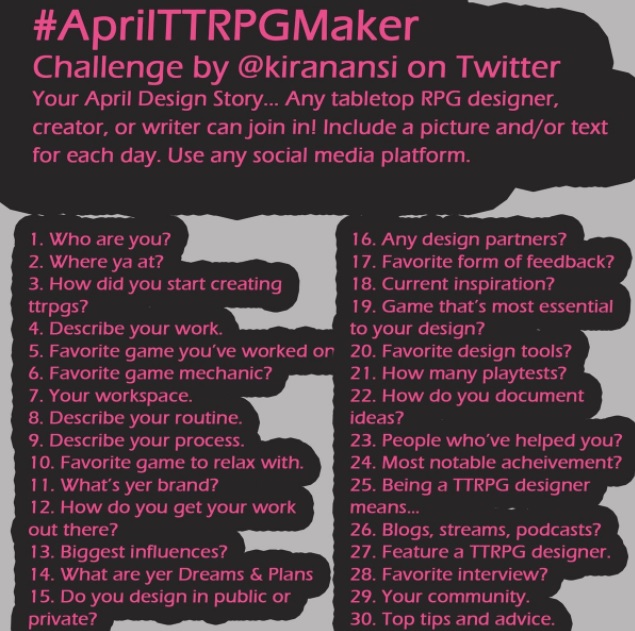 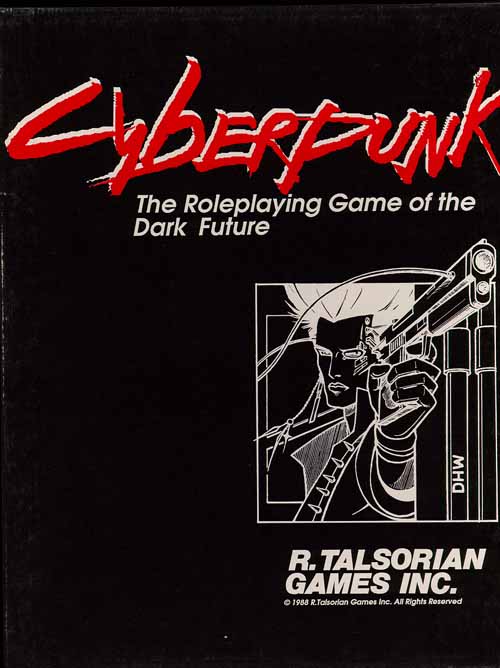 I had or have very nearly a complete collection of this ’90s monstrosity and I am GIDDY at the thought of vanishing into Cyberpunk 2077 for hundreds of hours. I still hold the Night City sourcebook as a high watermark in modern roleplaying too. There is literally something to do in every building in the city. There are years of campaigns, all in that book. In fact, some of my first RPG work was building screamsheets for my Cyberpunk game. Ones you printed out. Because I’m old enough to slightly predate the internet.
SHALL WE MOVE ON YES LET’S.
In terms of actual game design, there’s a couple of folks. John Tynes, David Chapman and Gareth Hanrahan are all big influences on me.  Likewise Jason Pitre‘s incredible eye for using character drama to drive interaction and balance that with meta plot elements. Also Quinn Murphy whose astounding ability to fit a lot of game into a tiny space is something I aspire to. Those five are pretty much the venn diagram whose center reads
RPG DESIGNER I WANT TO BE WHEN I GROW UP
My last biggest influence is culture. All of it. Games are like every other kind of fiction, they reflect what’s had an impact on you even without you realizing it. The last book I read, which was for an awards jury, was Black Wave by Michelle Tea. I really, really didn’t get on with it but I finished it, and I’ve not been able to stop thinking about the soft apocalypse elements of it, or Tea’s startling eye for character and miniature personal catastrophes, since. That will, eventually, come out in my own work. Because that’s how we learn and how we get better. The last game I played was Assassins Creed Origins, whose relentless thematic gravitational pull I’ve written about elsewhere this month. The last TV show I finished was Dark on Netflix which is pretty much a 10 hour textbook on how to run modernish science fiction horror. All of that will come out in my work and become something new as it does so because that’s how RPG designers, and writers, work.
So, read, watch, listen to and play everything you can. It’ll change your work and always, in the end, for the better.
Here’s my published work so far. If you want to talk to me about a project you’re hiring for, get in touch. Alternately, come say hi on Twitter and I’ll see you back here tomorrow.

Nothing scheduled at the moment. Have an event you want me to attend? Get in touch!