It feels, just a little, like science fiction cinema is trying to do some new things. It’s usually viewed, sometimes wrongly, as the sole purview of Michael Bay shouting at explosions and arty well meaning movies that no one bloody watches, but, just now, there seem to be an upswing in films that value invention and trial and error over hitting those familiar marks. The Beyond is one of them.

Released last year and written and directed by Hasraf Dulull, it plays a little like an accidental cross dimensional transmission from BBC Indigo. Brits abound in the cast, the structure is built around a series of newscasts, the locations all look European at the very least and it reminded me a lot of the BBC version of Voyage to the Planets from a few years ago. That, like this, is crammed full of worried looking bureaucrats, astronauts in extremis and a fair amount of worried, hurried walking and talking. I was there for that, I’m there for this. 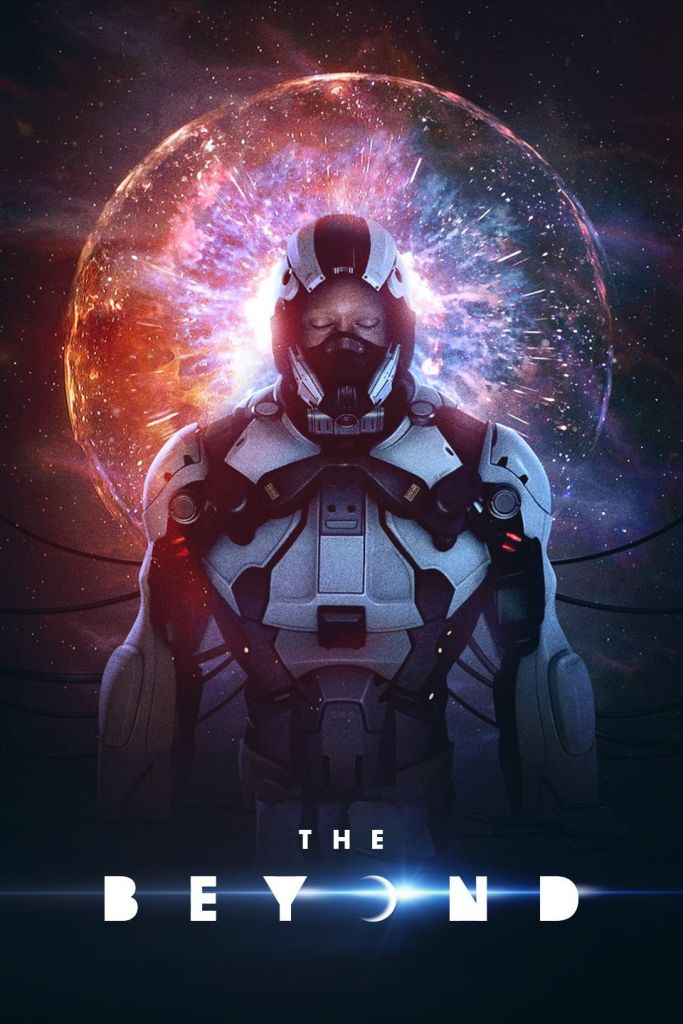 The movie opens with a catastrophic event in Earth orbit apparently killing an astronaut. The event leaves a vortex, nicknamed The Void, behind. Research into it is kept secret until vast, roiling black orbs appear in the sky all over the Earth. As it becomes clear the Void may be a wormhole, a mission through it is fast-tracked. But the crew must undergo massive surgical alteration to have any hope of surviving.

The movie is 90 minutes long. There is a lot crammed in here. Especially as Dulull also folds in familial relationships for his lead, scientist Jessica (played by Noeleen Comiskey and later voiced by Kosha Engler), concerns over the ethics of the surgery and an ending that absolutely no one sees coming.

And the beauty of the movie is, that’s the point. It embraces every stereotype of this sort of film, including some hefty beats from Interstellar and Contact, precisely because that’s what the characters would do. It’s a film about people fascinated by and blind to a lot of the elements of their own story and that gives the ending a surprising impact and lightness of touch.

That’s a massive concept and one the film lands with grace. The ride getting there is perhaps a little bumpier than it should be though. Some of the special effects over reach, the production’s scale is sometimes a little too apparent and the brave decision to pace it like it is means the second act dawdles a little.

But ultimately, again, that’s the point. Every decision in universe makes sense even if some of the creative decisions about the film’s structure sometimes don’t. It constantly makes a virtue of its small size, constantly engages with big ideas and leaves you with a satisfying feeling of a puzzle being solved and light very much at the end of the tunnel. It’s big, expansive, hopeful storytelling told through the punkish lens of microbudget SF. Which of course means I was always going to enjoy it, but there really is something worthwhile, and gloriously odd, here. More SF like this please.