Having celebrated another circuit around the Sun last week, the traditional gift card frenzy has occurred. This time they turned into Deadpool 2, some silicon donut pans (Results coming soon!) and the complete Community on DVD. The show follows Jeff Winger, a disgraced lawyer forced to go to community college (‘I thought you had a law degree from Columbia?’ ‘And now, I need one from AMERICA.’), who wants to do as little as possible and get his life back on track as fast as possible.

Have a guess how well that goes. 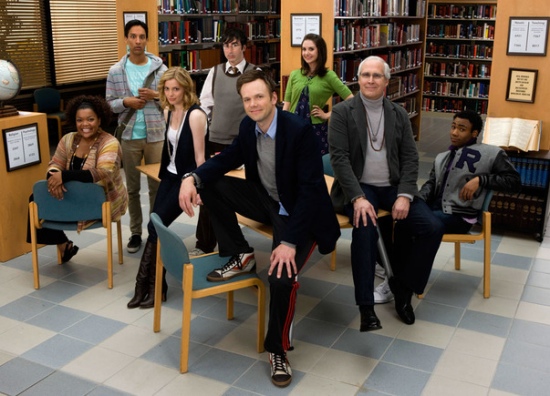 Along with not-quite football star Troy, recovering pill addict Annie, divorced mom Shirley, media obsessive (I CAN HEAR YOU LOOKING AT ME) Abed, bar-tending activist Britta and Chevy Chase, Jeff stumbles sideways and on fire through late-stage adult adolescence in a community college where reality is if not mutable then certainly not attending every class it should be. Along the way there are paintball games that decimate the school, a civil war between blanket and pillow forts, a note-perfect David Fincher serial killer movie and the horrible truth about air conditioning repair men.

The pilot, which I re-watched this week, is almost the last time the show behaves and that’s what makes it so interesting. There are two or three major jokes that get walked all over, two characters that are flat out broken straight out of the gate and the entire thing revolves around Jeff basically sex-pesting at Britta. it shouldn’t work, in any way shape or form.

But it does, because this ramshackle approach is what the show is about as well as what the show is. No one comes to Greendale whole, no one is quite what they think they are and the pilot is almost the last deep breath before the plunge into six seasons (And as yet no movie) of figuring that out.  Which is why the ending is so perfect. Jeff has failed, utterly, at everything and in a rare moment of turning his blazing perception in on himself, admits that. It’s one of those moments where you can see the straight actor Joel McHale is struggling to be break out of the comedian he’s usually cast as. Jeff’s handsome, recently successful, clever and has no idea what to do when none of that gets him a free pass. The others do and just as he cynically(ish) builds them up earlier in the episode they reach down and help him up when he needs it. It’s a sweet, ragged moment made all the more perfect by The 88’s cover of ‘Don’t You Forget About Me’ rising in the background as it fades to black and a tribute card to the late, great John Hughes appears. Jeff’s part of the community now, and so are you. 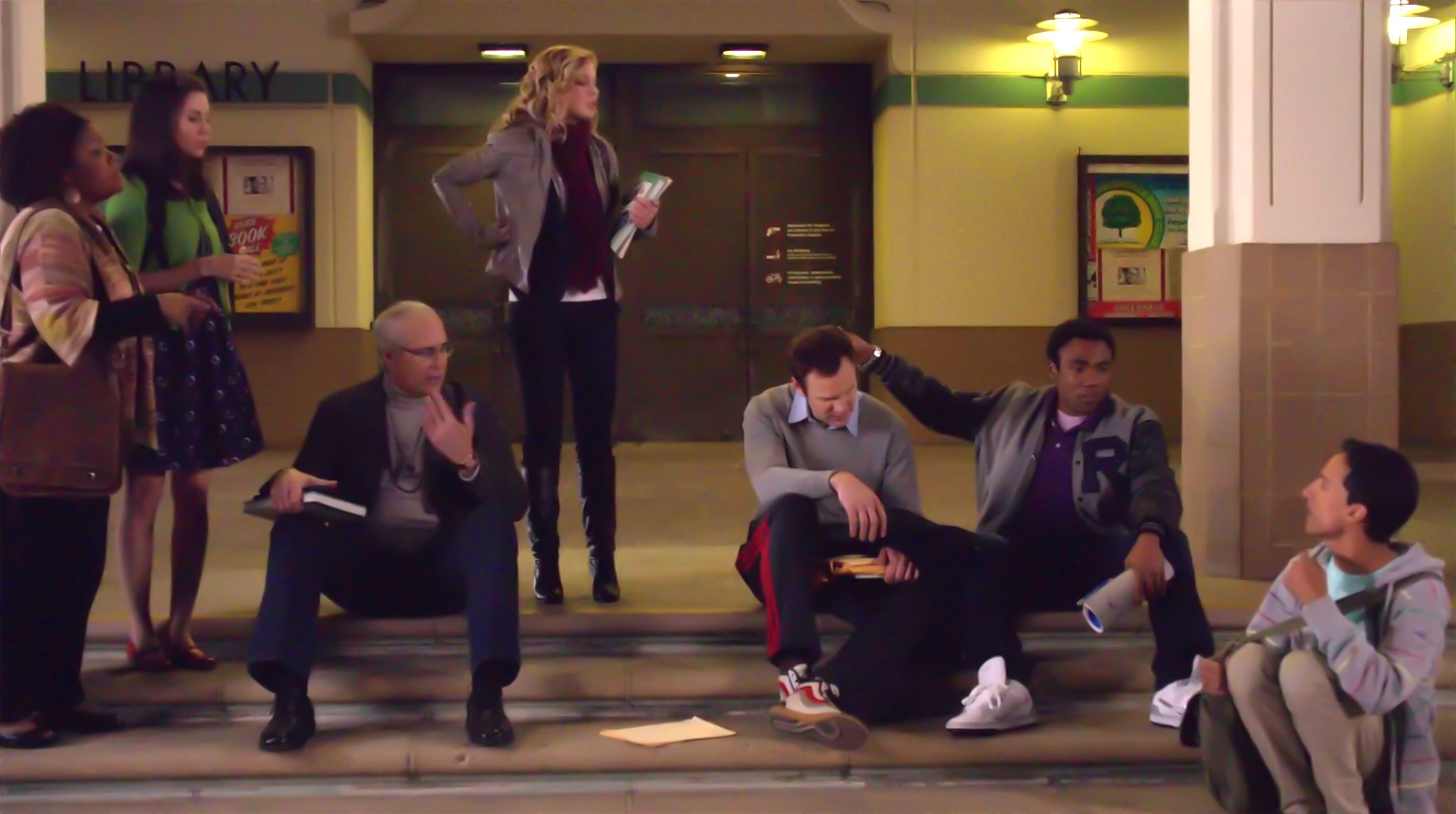 Like every TV show, Community is lumpy and uneven. Like very few TV shows, Community is often lumpy and uneven because it constantly pushes the envelope. Often brilliant, usually great and occasionally covered in paint, it might just be my all time favorite sitcom and if you’ve never seen it, you really should enroll at Greendale. Just avoid the Express Tuition line.

Community seasons 1-6 are available on DVD now. The first three seasons are on More4, presumably because they lost the rights to Friends and the entire thing is on at least one streaming service run by a billionaire sociopath. Yay living in the future!