I’ve been thinking a lot about narrative expectation recently. Pretty much every job I have I can get better at by watching, reading, listening to and playing things. So I do a lot of that, often at the same time. This week, as is often the case, that threw up some interesting comparisons. 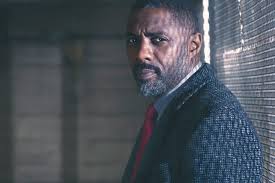 Luther is Neil Cross and Idris Elba’s magnificent gothic crime murder baby. John Luther is brilliant, principled and absolutely broken. Alice Morgan is the one killer he can’t catch and after a while realises he doesn’t really want to. He’s a big man in a big coat and he’s endearingly terrible at violence even as he’s called on repeatedly to both investigate it and perform it. Seriously, watch any given episode of Luther and there are two fight scenes they always end up doing; the first involves John hitting someone hard enough to knock them over and then winning. The second involves John not hitting them hard enough and then being in increasingly hilarious amounts of trouble until someone dies and everyone is bleeding.

John Luther’s London is full of monsters and he’s often not sure if he’s one of them. Like him, the killers he chases cast very long shadows. The best visuals in the most recent series involved a killer who wore an LED mask to render his face down to a CCTV abstraction, and a nice suit to do the same thing in person. This led to a chilling moment where we see him follow his latest victim down a side street. His victim is untidy, real, busy, fragile. He is something awful wearing a human suit, recognizably alien by dint of how normal it’s trying so hard to be. No wonder John operates out of Hobbs Lane nick. I wonder how long it took them to rebuild. I wonder if any of the older staff remember.

That latest season finishes, very deliberately, in exactly the place the very first episode began. John pursues a wounded murderer he’s either going to arrest or kill with the other police on both their tails. There’s a fight, a standoff, a high place, a fall. In one instance John is suspended. In the other he’s led away in handcuffs. Maybe. After all DCI Schenk does make a big deal out of the coat… 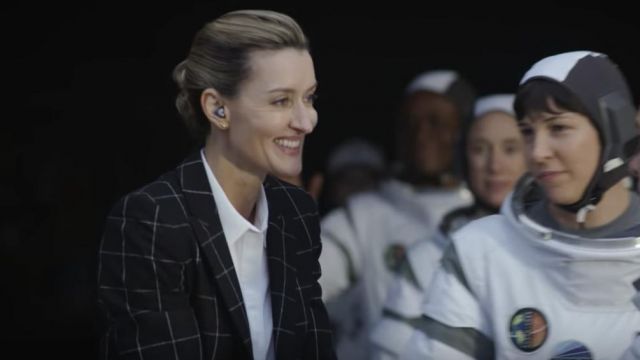 The First is Hulu’s Mars exploration series which I’ve written about here before. It is in essence a fictionalized Apollo program, starting with the accidental destruction of the first crewed launch and finishing with the second successfully making it to orbit and starting the journey to Mars. In between it does something which is, basically, impossible; crafts a hard science fiction narrative which is also an intensely personal and deeply emotional journey. I basically ugly cried my way through the back 20 minutes of the final episode because the show has an extraordinarily keen eye for quiet moments of meaningful, subversive kindness. The moment that wrecked me saw Laz, the ‘Elon Musk but not an idiot’ tech magnate who has built the mission finding Mission Commander Tom Hagerty’s daughter Denise hiding in a stairwell during launch. Laz talks to her, walks her through what she’s hearing as the launch continues and crucially, asks if she needs to stop. Denise, the loss of her mother fresh in her mind, is barely holding it together but asks Laz to continue. She does and when they make it to orbit, both women lose it for subtly different reasons. One because her dad is still alive and one because the years of scheming, investment, politics and psychological Hell getting here have PAID OFF.

it’s a great show, intimately concerned with the price of exploration as well as the ideal of it and there is absolutely room for at least two more seasons. Likewise, a Luther movie is an open secret and it seems likely John’s predicament at the end of season 5 will plug right into that.

But it doesn’t have to.

The First could end here. The emotional arc of the first season is the scratched white sky line of a successful launch. Luther could end here, with John finally unable to talk his way out of a situation These are endings which won’t just do, they actively work and resonate backwards up the superstructure of the story to make it all better. Or at least differently interesting.

I think if there’s a conclusion here it’s this. A good ending is a good ending, regardless of whether there was more story to come after it. Stories that nail the landing are still in the minority versus stories that biff it and those that do get it right should absolutely be applauded. The First and Luther both succeed for wildly different reasons and both finish in the same place; with a new journey about to begin but no certainty it will or obligation to go along if it does. Continuity, at times, is a false metric of success and when that’s the case, the best thing for story and reader is a graceful, final landing.