Oh boy.
Okay, business pants on. This week, Spotify, streaming music provider and Galactus for your data plan, bought Gimlet Media and Anchor. Gimlet is the podcasting firm that became famous by inceptioning their own existence as a podcast. They went on to produce shows like Crimetown (Excellent), Homecoming (Your mileage may vary, I dug it) and Reply All (Frequently very good). They’re now owned by Spotify. Anchor are a podcast publishing platform with a built in monetization system. They’re Spotify owned now too.

So, Spotify, the largest streaming music provider in the world have just bought a measurable percentage of the name brand podcasts in the west and a podcast publishing platform.

First off, a little context. I own and co-run Escape Artists, a weekly podcast network that includes Escape Pod (Science fiction), PseudoPod (Horror, hosted by me), Podcastle (Fantasy) and Cast of Wonders (YA). Every week we put up a free, complete story. We’ve done this over 2000 times. We’re entirely donation funded. Hi, I own an impossibility and I love my job.

Around the middle of last year, Spotify began adding podcasts. A new platform is always good news because as Ella Watts pointed out at PodUK this weekend, if you’re not on a social media platform then there is no way for the users of that platform to find you. And Spotify is BIG, which may be why it eats so much memory so fast on my desktop.

Anyhoo, Spotify buying Gimlet alone would be a massive deal. Gimlet are one of the podcast companies to get pretty serious mainstream attention, thanks to both their high profile shows (Homecoming was adapted for TV by Amazon Prime with more on the way) and the way they set themselves up. StartUp, their initial show, launched with a look at the company’s own birth. Their other shows follow similar formats and vary from the ‘three guys laughing in a studio’ model to a couple of genuine standouts. 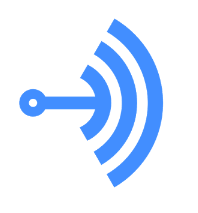 Spotify grabbing them speaks to that and also sets a worrying precedent. For example, Crimetown’s second season already went Spotify exclusive a few months ago and that was a deal breaker for me. I don’t rent music. I dislike the interface, and I hate how much of a memory hog desktop Spotify is. I’m also not prepared to pay a service when I could just pay the musicians . So a show behind a Spotify wall is not a show I’ll be listening to. The thought of all Gimlet’s stuff heading there doesn’t exactly fill me with joy.

But here’s the thing, it may not be. Daniel Ek of Spotify said this:

“Just to be very clear, the goal is not with Gimlet nor with Anchor to make any of their existing content exclusive”

Isn’t that legal linguistic footwork  that would make Billy Flynn’s heart sing? So what I’d guess we’re looking at here is not so much a walled garden as a conservatory everyone can get access to. The purchase of Anchor certainly speaks to that. Like Spotify? Here’s all the music and podcasts. Hate Spotify and want to make a podcast? Here’s Anchor with all the music and podcasts! It’s a smart way to fill a vacuum, and to offer another service to existing and new listeners. If that is what they’re doing.

But is it a good thing?

Yes. To a point. There’s always a sense, when stuff like this happens, of being the bartender at one of the first saloons in a Gold Rush town. Business is steady but you’ve committed the greatest sin, consistency, and everyone else is off chasing the next big thing or being chased by it.  That idea, coupled with Banquo’s younger cousin FOMO, sometimes casts a pall over my thinking. On the one hand, at times like this, it’s great for the industry. On the other, its not going to get new people through our doors.

On the gripping hand, this is going to massively raise the profile of the industry. The old joke about podcasting being radio just on the internet is funny because we’ve all had to tell it. This may be its death knell, the start of an ascendancy into popular awareness for the field that is going to bring some really interesting projects out into the light. What sort of ascendancy it is remains to be seen though. If it’s a boom, fantastic. A rising tide lifts all boats. If its a bubble? Well that’s why the boat has more than one bucket in the stern.

But I’m buying another couple of buckets, just in case.

This is a massive story and there’s a bunch of different perspectives on it. I’d recommend starting with this Bello Collective piece.