The Undefeated by Una McCormack 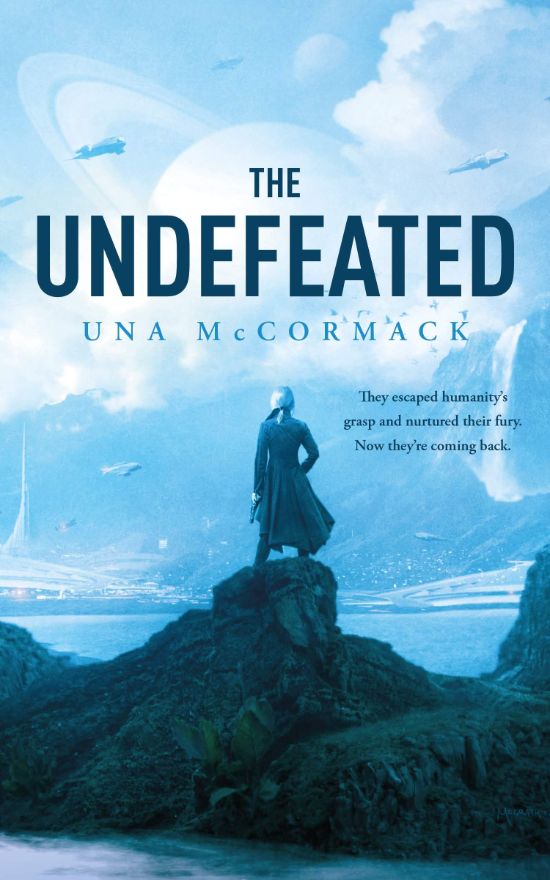 Monica Greatorex has done it all. A journalist, adventurer and public figure, her life has taken her everywhere. Now, as war gathers, it’s taking her home.

Una McCormack’s latest embodies everything the Tor novella program does right. Monica’s story, Dorothy Parker by way of Halo Jones, runs in two directions at once. In the present, we meet her heading home with a jenjer companion as panic quietly sweeps human space. It’s the panic of the first two beats of a fire alarm, all nervous laughter and self-consciousness. It’s the panic that evaporates when you smell something burning. The second before the first scream, the first stampede, covered by polite jokes and willful, tissue-thin lies. A conspiracy of false hopes that Monica skates across as she heads out into the worlds accompanied by a representative of the very genetically engineered enemy preparing to sweep humanity off the board. Meanwhile, in the past, we meet Monica as a child of privilege at the exact moment that privilege is stripped away. As the armor of childhood innocence fades, we see her grow and start to become the woman we then meet travelling back to her roots in the present.

It’s a tightly structured novella and McCormack revels in the chance to explore her protagonist from these two different viewpoints, as well as play with two different styles at once. There’s a hint of the Western to Monica’s past and a definite sense of space opera grandeur to her present and both are executed extremely well. McCormack also gets the specificity of a child’s viewpoint with remarkable subtlety. Monica is more aware of what’s going on than even she knows and the way her perception gradually slides into focus and emotional maturity is as impressive as it is disturbing. Trauma ages you, fast, and we see that happen here. There’s hints of Graham Swift here too, with familial problems haunting generations and the polite, resigned compassion of being one of the only members of your family left standing. All of which gives the story a heart. A heart which the ending proceeds to explore and perhaps rejuvenate. It sees Monica talk directly to the genetically engineered servants who are coming for humanity and find something new in the unbeatable force arrayed against us. Whether it’s hopeful or naive is something McCormack trusts us to decide for ourselves and the end result is haunting in the very best ways. it put me in mind of Childhood’s End and that, here, is meant as a very big compliment.

This, ultimately, is a story about hope and whether we use it as a blanket to hide under or a tool to build with. Monica solves the mysteries of her past, or at least enough for her to be able to put them down. The ending is terrifying in what it implies and belligerently hopeful in what it represents. Much like Monica herself. It’s a remarkable, punchy piece of work expertly written by McCormackand expertly edited by Hugo finalist Lee Harris and it absolutely deserves your time.

The Undefeated is available now