This piece originally appeared as part of my BFS Award nominated weekly newsletter, The Full Lid . If you liked it, and want a weekly down of pop culture enthusiasm, occasional ketchup recipes and me enjoying things, then check out the archive and sign up here. 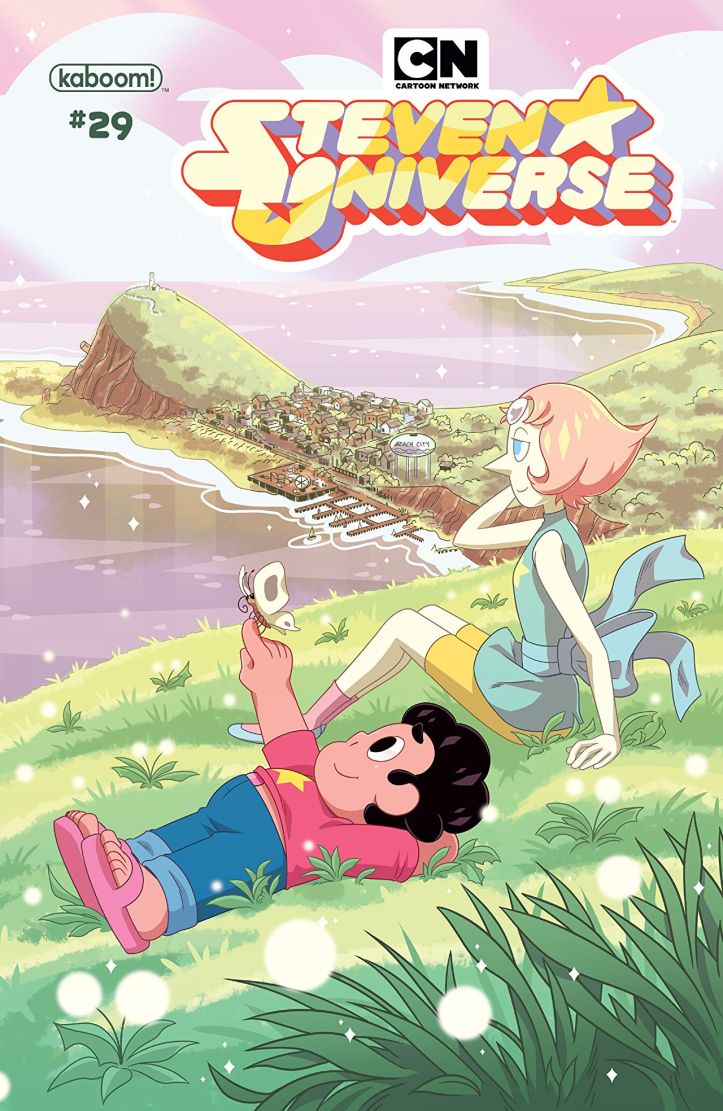 After another successful mission, Amethyst hits a sad spell. The other Crystal Gems know to leave well alone but Steven, worried about his friend, sets out to cheer her up.

This comic needs to be taught in schools and workplaces. Not just because it’s a great piece of visual storytelling, it is. Sarah Gailey‘s script maps onto the big action, fast moving and weirdly peaceful world of the series and its characters beautifully. Rii Arbrego’s art is expressive, kinetic and kind. Whitney Cogar’s colours and Mike Fiorentino’s letters nail the feel and pace of the world to a tee. If you love the show, you’ll love this book.

But that’s not the reason this one hit me between the eyes. It did that because this is a story about depression, living with it and living with people with depression. One that uses the vehicle of the show to communicate clearly and directly a vital message that gets lost far too often. Because as the first half of this issue demonstrates, the first instinct most of us have with friends with depression is to try and cheer them up. 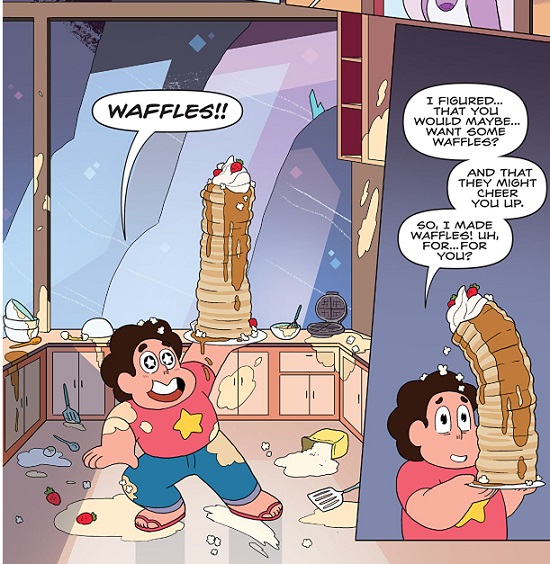 Not that most of us go quite this far though.

Nonetheless, Steven’s boundless enthusiasm and heart is beautifully captured here as is his biggest strength; the ability to learn. As the issue hits its comedic crescendo with a beach concert, we see Steven discover it still isn’t working and instead of going bigger? He goes home. And helps Amethyst be sad instead of forcing her to feel better.
It’s one of those conclusions that’s so simple almost none of us make it. We all go flat out, all the time and it costs us physically, emotionally and psychologically. I’ve done very little but hit that endless array of walls across the last ten days and it sucks, and it hurts. Until it stops and you take the time to get better on your terms. Which, here, involves a sad nest and donuts. For me? Portugese custard tart but I was feeling fancy this week.

This book doesn’t just entertain, it helps. It really IS fun and educational! As someone who has been depression adjacent most of his life, I’ve been Steven here, more than once. Amethyst too. I’m betting I’m not alone and given that, this really is an essential read for anyone who’s dealt with depression in their lives. Or likes pancakes. Or both.