This hasn’t been widely advertised, at all, but Netflix finally have the Short Treks thats have been released monthly in the US. They’re under Trailers on the Netflix page for Star Trek: Discovery and are four 15 minute or so mini episodes focusing on individual characters. They’re also wildly different, very weird, deeply moving and pretty much the mission statement for 21st century small screen Trek. 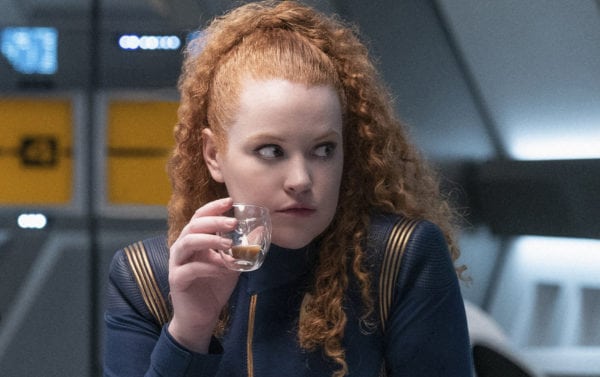 ‘Runaway’, directed by Maja Vrvilo and written by Jenny Lumet and Alex Kurtzman sets the tone from the jump off. Focusing on the always fun Tilly, the episode sees the engineer fight off some parental criticism of her presence on the Command program and find a stowaway. Mary Wiseman’s Tilly is one off the strongest elements of the show and she’s never been better than she is here. Funny, self aware, caffeine loving, spiky and displaying the exact intuitive problem solving that makes her a perfect choice for Command, Tilly finds herself helping a kindred spirit. Po, played by Yadira Guevara-Prip is a brilliant scientist who has invented something that’s scared her so much she can barely think. She needs someone who can talk her down and show her the solution she already has. She needs Tilly and Tilly needs her to be reminded of what she can do, not what she should do A small scale, acutely well observed story of female friendship, ‘Runaway’ is a strong start that gives you more of one of last season’s best characters and clearly sets her up for something even bigger. Plus Po’s big fun and hopefully we’ll see her again.

‘Calypso’ is going to make you cry. Possibly sob. I did. Aldis Hodge stars as Craft, a human soldier a thousand years upstream who is rescued from a drifting and hijacked escape pod by Discovery. More specifically, by Zora, the ship’s AI who was told to await further orders when the Captain evacuated the ship. Roughly a thousand years ago.

What follows is a careful, gentle story of two wounded individuals putting one another back together. Hodge, one of my all time greats following his turn in Leverage, is stunningly good. Cautious, measured and slowly relaxing, his Craft is a man releasing emotions the way a ship steers into position. Carefully and aware of how difficult a soft landing is. Annabelle Morris, who is still owed massive favors by everyone involved in the Cruise Mummy movie, plays Zora with tremendous warmth and slightly old fashioned charm. Olatunde Osunsanmi’s direction shoots the standing sets with haunted house grandeur and Michael Chabon and Scott Cochran’s script is unlike anything else Trek has done, or anywhere it’s gone, before.

The end result sits somewhere between Clippng’s seminal Splendor and Miseryand Brief Encounter. A chaste romance which is more intimate for never being said out loud. A shared conspiracy of joy between two refugees. Romantic, funny, elegant and with a last shot that’s as beautiful as it is heartbreaking this is going to be on a lot of awards short lists and deserves to be. Damn it, Space Hardison. 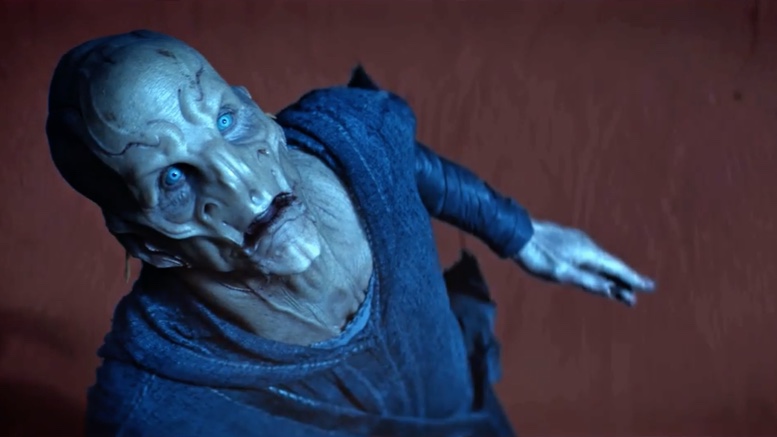 ‘The Farthest Star’, written by Bo Yeon Kim & Erika Lippoldt and directed by Douglas Aarniokoski is a total change around. Instead of being shot on standing sets this is entirely on location or in new sets, as we find out how Doug Jones’ Saru came to join Starfleet. A member of a prey species, Saru has been conditioned to believe death is inevitable and his life on what is functionally a game preserve is all he’ll ever want. He has other ideas.

Doug Jones is amazing and clearly revels in being able to get deeper into character here. Kim and Lippoldt’s script is essentially an original series style episode told from the other side of the looking glass and it gives him plenty to work with. In a normal show, we’d get an hour of ethical debate on whether Saru should be rescued from his non-warp capable species’ home world. Here, we get the best use of the Star Trek fanfare in years and the quiet, determined bravery of a man conditioned to be a coward and doing it anyway. The script sparkles too and one line (‘Look down some time, there’s beauty here too you know’) tells you everything about how complex Saru’s old life was. Again, wildly different, again, very successful. 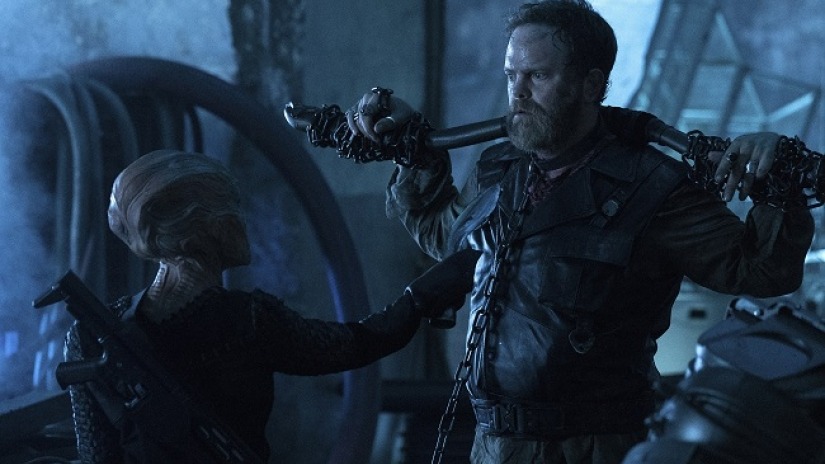 Finally, ‘The Escape Artist’ puts us back on what should be the most familiar territory. Directed by Rainn Wilson, written by Michael McMahan it’s the most traditional Trek of the four but still very different to what you were expecting. Wilson’s Mudd is still the greatest orator in his whole entire house and seeing him frantically beg for his life is…well, kind of hilarious, especially given we know Harry’’s fondness for being alive and assume he’s running a scam. And what a scam it is.

Best of all though is the repeated and modified schtick, Harry using every verbal lockpick until something gives. Wilson LOVES doing this, you can hear him masticate every syllable and the script is chock full of moments of hilarious reality too. The bounter hunter who loses their ship, the oddly short one, an awkward conversation about a cudgel, the world’s most credible minion and most obvious security camera. Harry is the eternal chancer and that charm is starting to balance out the clear physical threat he embodies very nicely here. He’s still rubbish, you still wouldn’t bet against him but the fondness for murder has definitely been dialed back.

A moment of grace for two brilliant, overlooked women, a trans-carbon romance at the far edge of established time, an impossibly brave choice and the everyday story of a dangerous genius who loves to talk. Each one of these adds depth and context to the characters ad the world and each one, even Harry, is powered by the one thing that powers all Star Trek; hope. Hope for the future, hope for something more, hope for the ability to return home or to stay free. It’s an extraordinary welcome package for season 2 so if you’re a fan, seek them out. The Short Treks are something special.